Trending
You are at:Home»News»Jyotika completes Kaatrin Mozhi in a start to finish single schedule
By Raja Senthilnathan on July 27, 2018 · News 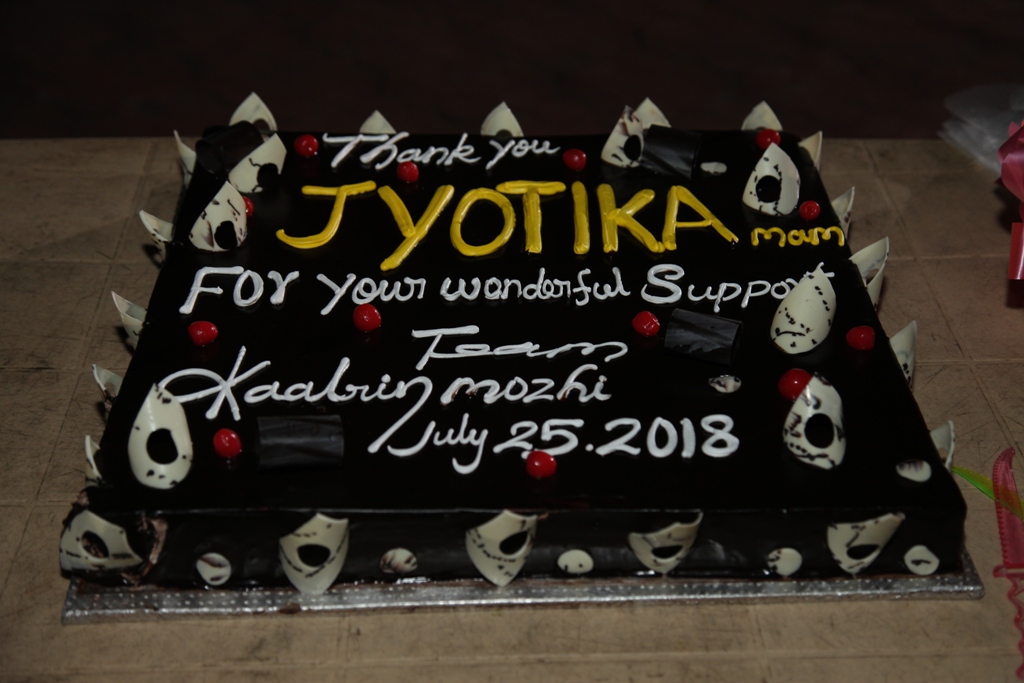 Chennai, July 26, 2018: Jyotika, the protagonist of the Tamil film Kaatrin Mozhi completed the film in a start to finish single schedule. The film commenced shooting on 4 th June and went on without a break and she completed her portions on July 25, 2018. The film is a remake of the super hit Tumhari Sulu in Hindi, which starred National Award winning actress Vidya Balan. Writer-Director Radhamohan, with whom Jyotika gave a super hit Mozhi a decade ago, joined in this film has tweaked the story a bit to suit South Indian sensibilities.The film is a romantic comedy starring Jyotika, Vidaarth, Lakshmi Manchu, Kumaravel, M.S.Bhaskar, Manobala, Uma Padmanabhan, Mohan Raman and many others.On the occasion of her last day of the shoot with the team, Jyotika surprised by gifting from her side a silk saree and silk (dhothi) veshti and shirt to all the crew members and took photos with them. She also presented a special gift to all assistant directors for their fantastic work. The entire crew was delighted with her kind gesture. During the cake cutting event on 25 th July night, Jyotika mentioned excitedly that this was the best team she worked in her career and thanked everyone for the tremendous work and enabling the experience of working in this film a pleasant and enjoyable one for her. Both the Director Radhamohan and Producer G. Dhananjayan thanked her for the
wonderful involvement and support in wrapping up her portions of the film in a single schedule.
The film has few more days of shoot with other artistes, which shall be completed in a few days. The film shot in many locations of Chennai city and was edited online at the spot.
Hence, the edited film is ready for dubbing, which is scheduled to commence on 6 th August. The team is targeting to complete the post-production of the film and get it censored by mid-September for releasing in October during festival holidays.
Film Details:
Genre: Romantic Comedy
Cast: Jyotika, Vidaarth, Lakshmi Manchu, Kumaravel, M.S. Bhaskar, Manobala, Mohan Raman, Uma
Padmanabhan, Seema Taneja, Sindhu and others
Executive Producer: S. Saravanan
Financial Controller: CA G. Gokul
Production Controller: Senthil
Music: A.H. Kaashif (nephew of A.R. Rahman)
Lyrics: Madhan Karky
Cinematography: Mahesh Muthuswami
Art Director: Kadhir
Costumer: Poornima
Editor: Praveen KL
Dialogues: Pon Parthiban
Directed by: Radhamohan
Produced by: G. Dhananjayan, S. Vikram Kumar and Lalitha Dhananjayan for BOFTA MEDIAWORKS
INDIA PVT. LTD.,
Production: Commenced on 4 th June 2018, a non-stop shooting schedule
Release plan: 18 th October 2018
PRO: Johnson 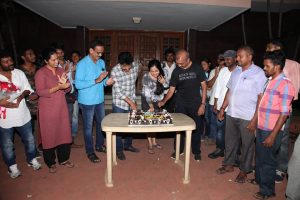 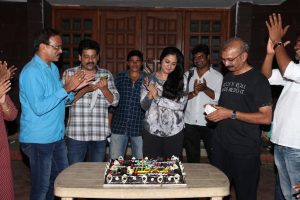 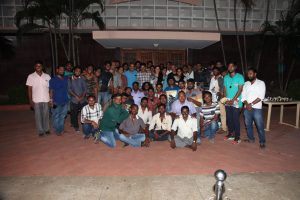