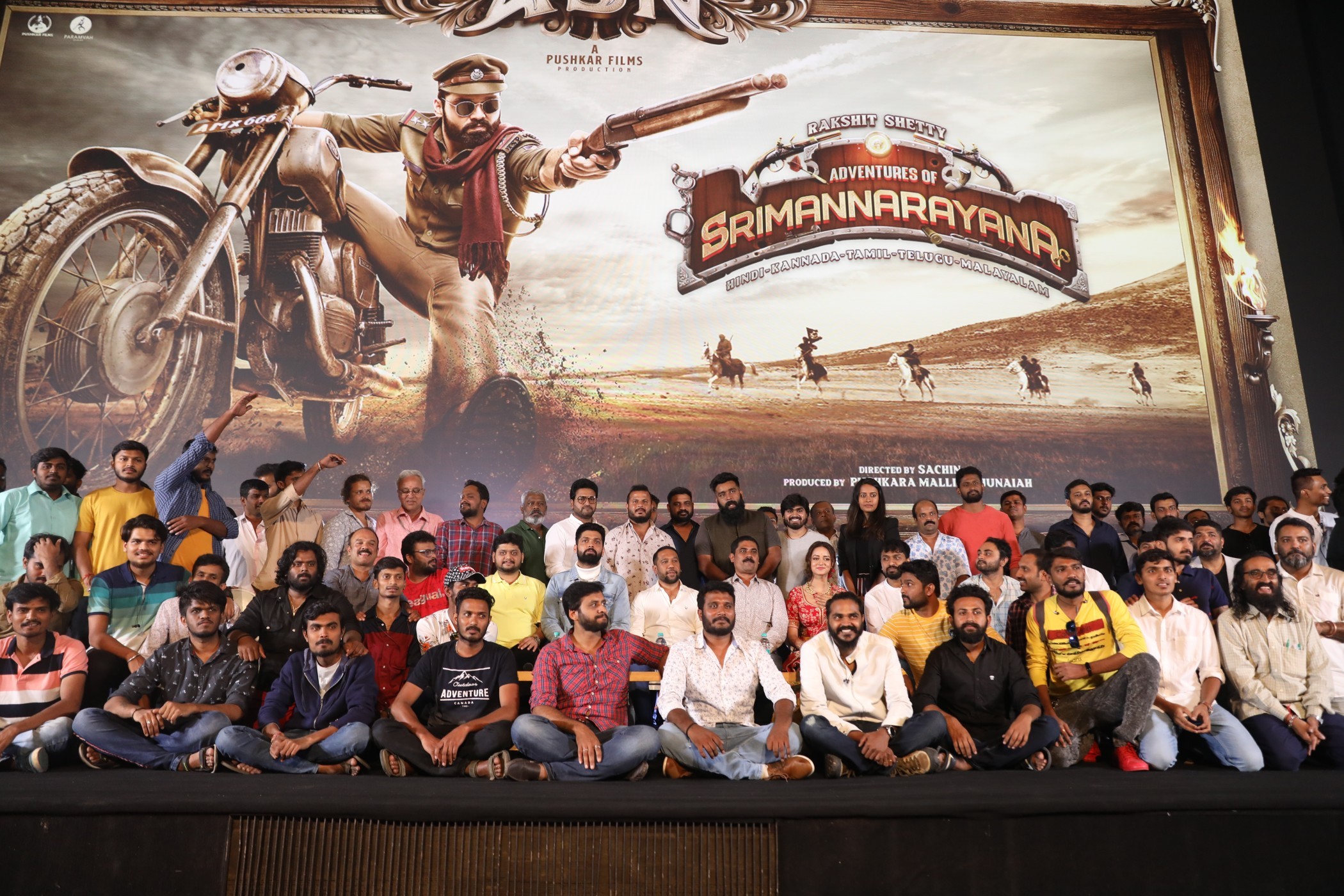 AVANE SRIMANNARAYANA is a fantasy adventure comedy movie. It is a period movie based on the journey for the hunt of a treasure filled with plenteous mystery.

* PRAMOD SHETTY – TUKARAM, politician and the founder of ‘Shantipriya’ party.

* GOPALAKRISHNA DESHPANDE – BANDMASTER, an unfortunate victim and a key to the mystery.

And a plethora of other characters like a TREASUR HUNTER, SUPARI FOUR, SECRET FOUR, GOONS OF AMARAVATI, PRESS REPORTER, etc.

WHY DID WE CHOOSE TO GO PAN INDIA?

WHAT IS THE EMOTIONAL CONNECT FOR PAN INDIA AUDIENCE WITH ASN?

– The story is set in the fictional town of ‘Amaravathi’ (a town with its own quirky sensibilities and a unique geography) makes it so that it can be a town set almost anywhere in India, making Narayana an Indian story rather than a story of a particular state.

– The protagonist is witty, funny and adventurous

– Dubbing in other languages have been carefully taken care of. Enough time has been spent on the writing and the dubbing process to ensure that each language version sounds as native as possible.

WHAT IS THE USP OF THE FILM?

– The movie sets up a fantasy world that is as unique as it is lavish. The visual experience is as rich as the story.

– The movie has been mostly shot in dry lands and in sets comprising of ‘COWBOY PUB’, ‘FORT EXTERIORS’, ‘DUNGEONS’, ‘FORT HALLS’, ‘ FORT CHAMBERS’, ‘FOREST’, ‘TUNNEL’ etc..that gives the movie a ‘Western’ mix to a very Indian story. It shall be a unique movie viewing experience.

– RakshitShetty’s movies have always been lauded for being distinct and yet entertaining. He enjoys a great fan following amongst urban audiences for his new age filmmaking

TREATMENT OF THE FILM:

– METICULOUSLY DESIGNED AND EXECUTED ACTION SEQUENCES – VikramMor who had earlier won the National Award for his work in KGF. More than <40 days> of schedule went into shooting the fight sequenes.

– MUSIC – Two songs have been composed by AjaneeshLoknath and the other two by Charan Raj.

-VFX – Close to 2000 VFX shots that have been worked upon. The VFX studio is co-owned by RakshitShetty and PushkaraMallikarjunaiah. Along with directing, editing, S1achin headed the VFX department.

DURATION OF PRINCIPAL PHOTOGRAPHY AND THE CHALLENGES INVOLVED IN THE SAME:

RAKSHIT’S INVOLVEMENT IN ALL ASSPECTS OF THE FILM:

ASN’s ARRIVAL AS AN IDEA:

WRITERS: THE 7 ODDS- THE RESEARCH INVOLVED:

– Close to 2000 VFX shots that have been worked upon. The VFX studio is co-owned by RakshitShetty and PushkaraMallikarjunaiah. Along with directing, editing, Sachin headed the VFX department.

PushkaraMallikarjunaiah is a business entrepreneur from Tumkur, Karnataka. He completed his Bachelor of Engineering in Mechanical stream from MS Ramaiah Institute of Technology and pursued Masters in Automotive from University of Hertfordshire, London. He started his professional career with SAP as an IT professional for the span of one year. From the year 2008-2016, he was a pivotal businessman in the Stone mining industry. Passion towards cinema existed in him since a tender age. The undying love towards cinema lead to the establishment of Pushkar films in the year 2016. In a short time period, the firm has successfully produced 10 films, marking PushkaraMallikarjunaiah  as one among the few producers in the Kannada Film industry to have produced 10 films in a row. It is his motto to give top-notch quality content to the audience and all the movies released so far from his banner have received high accolade from the audience at the box office as well as critics. As another step towards realising his dream of foraying into all aspects of filmmaking, Pushkar Films Distribution Company was started in October 2019.

Pushkar films is one of the leading production houses in the Kannada Film industry. The debut venture of it was GodhiBannaSadharanaMykattu which gained unconditional appreciation from the audience. It was declared as a hit at the box office. Kirik Party starring RakshitShetty was their next venture which irrespective of age group among the audience, kept them completely entertained.  It also holds the record of being one of the three highest earning films in the Kannada Film Industry. Following the stream of hits, the firm produced Humble Politician Nograj which was a laugh riot. KatheyonduShuruvagide and Jeerjimbe followed the line. At present AvaneSrimannarayana, our first Pan Indian project is all set to release in 5 languages worldwide. It is one of the most anticipated films in Kannada Film Industry. With this film, we also venture into distribution of movies with our own firm, Pushkar Films Distribution. BheemasenaNalamaharaja, Avatar Purusha, Charlie 777 and yet to be titled Malayalam movie are going through the phase of production.

RakshitShetty is one of the most dedicated Actor – Director in the Kannada Film Industry. With his first success in ‘Simpallagondu love story’ he has got the title of ‘Simple Star’. Hewent through rapid transformations for his films to bring out the reality factor in his characters. The quirky characterization in his writing style is one of the reasons why his films are loved by the cult audience in and around Karnataka.

RakshitShetty was first introduced to Kannada audience in 2010 with ‘Nam Areal OndDina’, followed by ‘Tugluk’ in 2012. In 2013 RakshitShetty delivered the first hit of his careerwith ‘SimpallagOnd Love Story’. Later on he directed a cult classic ‘UllidavruKandante’which fetched him a National Award for his debut direction. The movie was critically acclaimed and appreciated for its non linear storytelling and incredible characters. But ‘Kirik Party’ gave him a much needed breakthrough in 2016. This Rom-com was one of thehighest grosser in Kannada Industry. RakshitShetty is now getting ready for his first out and out commercial action film ‘AvaneSrimannarayana’ . For the first time RakshitShetty is portraying the role of smart yet witty police officer from the 80’s. RakshitShetty’s 10th movie as a lead actor is also set to release in 2020 titled as ‘777 charlie’. RakshitShetty’s range of story telling remains unparalleled and his ability to play differentcharacters is unparalleled. Today he is recognized as one of the diversified storytellers as well as an actor with impeccable talent in the field of Cinema.

Sachin Ravi:
Sachin Ravi is making his directorial debut with AvaneSrimannarayana. His intense passion towards Cinema from a very young age prompted him to enter the world of cinemas. He started working as an editor and DI with ‘Simpallagond love story’. His next two projects, ‘Bahuparak’ and ‘UlidavaruKandante’ were slotted in same timeframe, which was a huge responsibility to successfully deliver. This earned him a dignitary status and UlidavaruKandante went on to become a cult classic. After doing a couple of movies as editor and colorist, he teamed up with RakshitShetty again for GodhiBannaSadharanaMykattu as Colorist. This combination continued with the box office blockbuster KIRIK PARTY where Sachin worked as editor and colorist. His addiction towards bringing in perfection with every task he took gained him immense respect. Since his initial days in the industry, he has actively been a part of the directing team. He has dedicated 3 years to his first directorial venture AvaneSrimannarayana. It is his 8th film as editor. 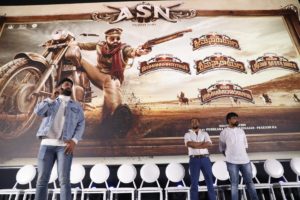 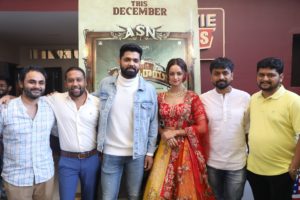 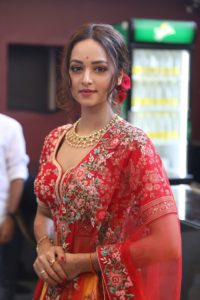 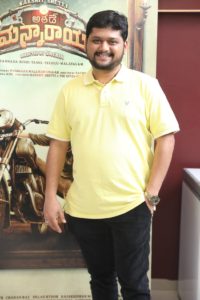 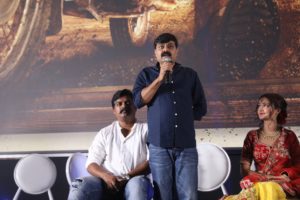