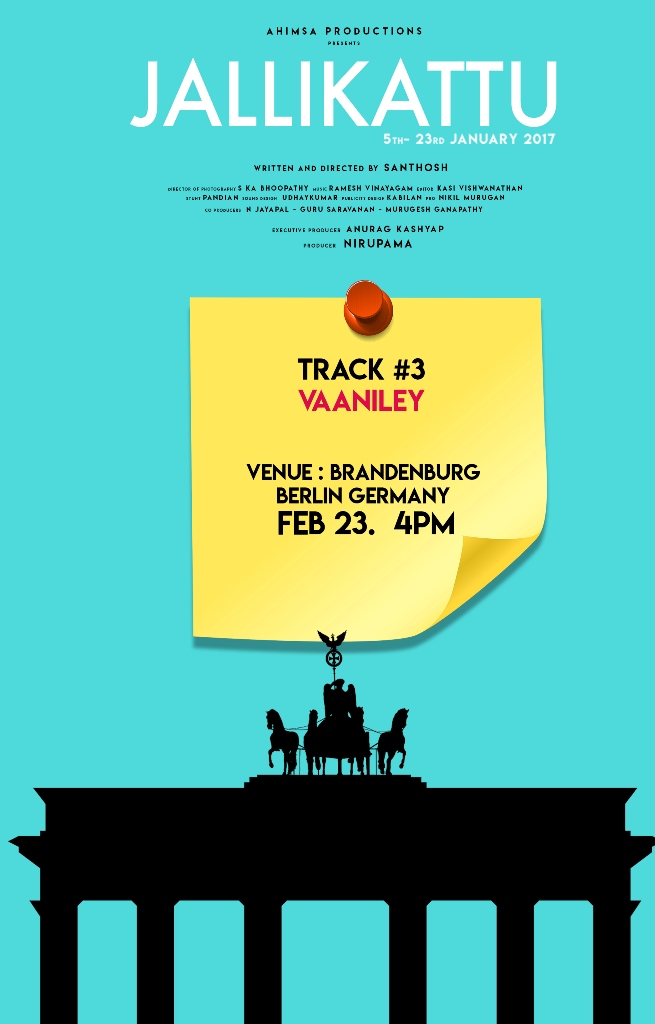 It’s celebration time for the team of the Tamil feature film Jallikattu 5-23rd Jan 2017. The filming which commenced during the Marina
uprising in January 2017 is nearing completion and the First single of this feature will be unveiled in Keezhadi- Tamil Nadu on Feb 2nd
2018 at 4 pm.
Keezhadi is place of great significance for the people of Tamil Nadu. Archeological deviance proves that there’s a wonderful civilization
that dates back over 2200 from the Sangam Era which was in practice in this region.
The team of the Tamil feature film of Jallikattu 5-23rd Jan 2017 found it most suitable to launch the first single track of the film at this very
site. Its a mark of celebration and a salutation to the long history of civilization and culture this land has witnessed.
The interesting aspect about this track composed by Music Director Ramesh Vinayakam is that it’s a collective effort of few hundred
musicians and singers who have come together to render this song.
It’s a song which reflects the emotions of the crowd that came together irrespective of barriers.
The various songs of the film will be launched at various with a special significance behind each destination. As the moment spread
across the globe, the various sound tracks will also be launched in various parts of the world. This is the first time that the songs of a Tamil
feature film will be unveiled at various destinations across the globe. Just as how the uprising travelled across the world, the songs in this
film will also find its path across continents.
The film maker has decided the launch the second single of the movie on Feb 12th 2018 at the Harvard University- USA , followed by a
track which will be launched in Berlin by Feb 22nd and then in Singapore and followed by Masai mara -Kenya and another at the Eiffel
Tower Paris.
The film is directorial debut for Santhosh Gopal, with music by Ramesh Vinayakam. The movie is produced by Ahimsa Productions
headed by Nirupama and co produced by Jayapal Natesan, Guruu Saravanan and Ganapathy Murugesh who have all come together from
different parts of the world for the spirit of Jallikattu.
For further details contact:
Santhosh +91-9840398958
#18, 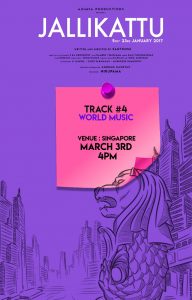 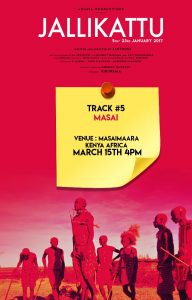 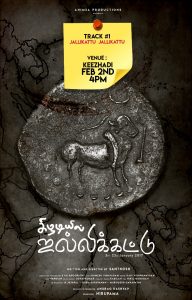 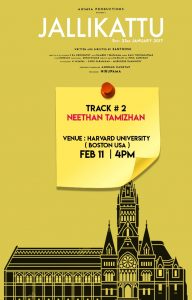 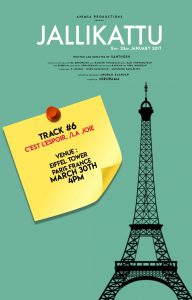