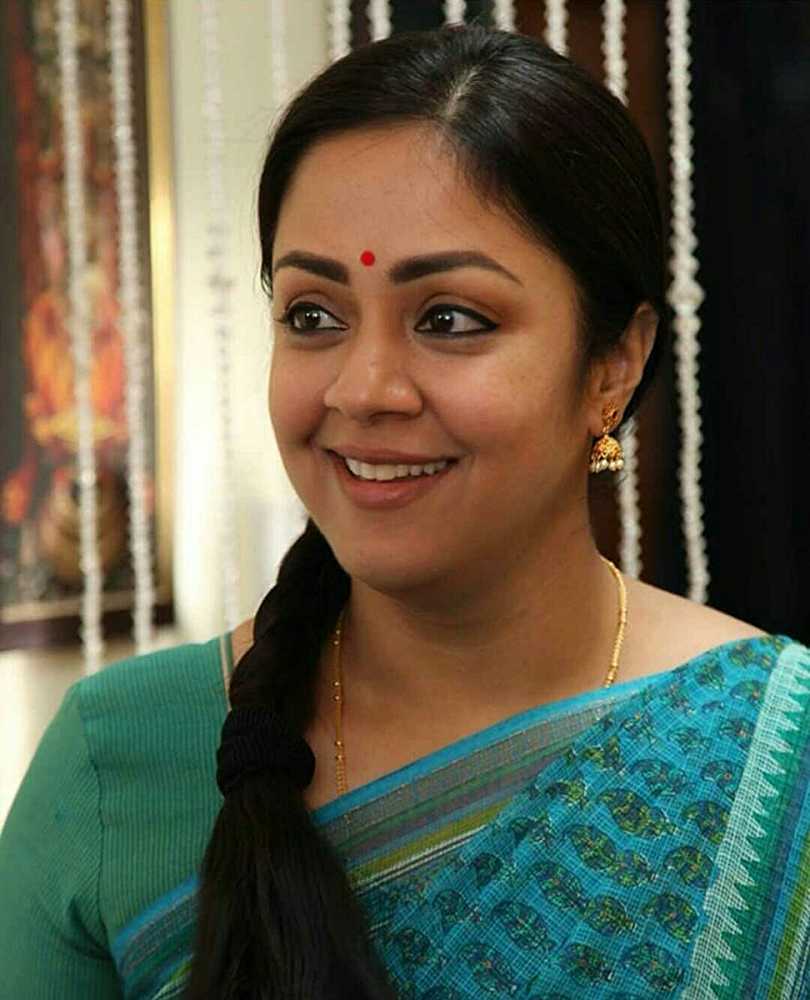 As it is well-known, the Hindi super hit film, ‘Tumhari Sulu’, starring Vidya Balan in a stellar performance, is now being remade in Tamil, as ‘Kaatrin Mozhi’ with Jyotika in the prominent role. Radha Mohan who made a great hit combo with Jyotika in the film ‘Mozhi’ is the director again!
So, this will be Jyotika’s next film after Chekka Chivantha Vaanam. Dhananjayan is the producer for Creative Entertainers and Distributors.
The cinematography is by Mahesh Muthuswamy while K. L. Pravin is the editor. Pon,. Parthipan writes the dialogues whereas A. H. Kashif, a nephew of A. R. Rahman composes the music.
The shooting scheduled have been completed. The post-production work is in the final stages. The 1st look of the film was a roaring success! It was announced earlier that the film would be released on 18th October.
However, the producer has now tweeted that the release is being delayed. Here is his message: “it’s raining new films week after week. We scheduled for October 18 but looking at the list approved, it will be a hard battle to get proper theatres/shows. So we’re postponing the release to November, post-Diwali. Will keep you updated.”
Share. Twitter Facebook Google+ Pinterest LinkedIn Tumblr Email