Trending
You are at:Home»News»“PANTALOONS SIIMA” TO HOST ITS 7TH EDITION IN DUBAI ON 14TH-15TH SEPTEMBER
By Raja Senthilnathan on August 26, 2018 · News 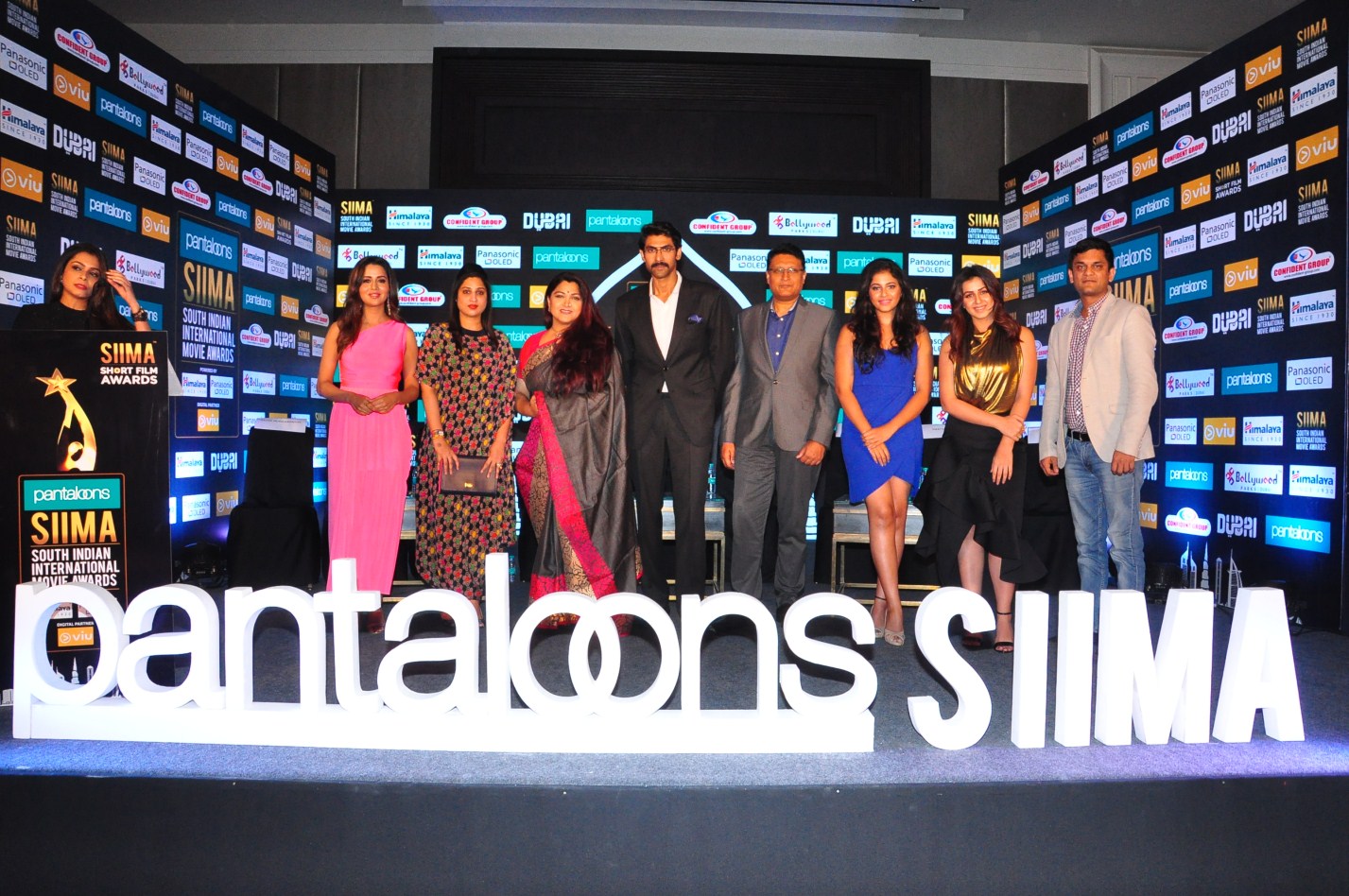 SIIMA, the Biggest and the most viewed South Indian Film Awards is back with its Seventh Edition to be held in Dubai on 14th & 15th September. India’s leading fashion retail chain Pantaloons is roped in as the Title Sponsor for SIIMA 2018.
Announcing the launch of the south Indian film awards at a plush event in Chennai, Rana Daggubati, Anjali, Nikki Galrani, Raiza Wilson, Khushbu Sundar, Sathish Muthukrishnan, Adusumilli Brinda Prasad – Chairperson SIIMA, Mr. Gaurav Chakravarty, Head Marketing & Loyalty – Pantaloons and Mr. Sameer Gogate, Head Monetisation & Distribution – VIU India were present at the event.
Speaking on the Association with Pantaloons, Ms. Adusumilli Brinda Prasad, Chairperson, SIIMA said, “Fashion and Films go hand in hand and especially in South India fans try to imitate the styles of their favorite stars. We are happy to have Pantaloons as our title sponsor as well as styling partner for SIIMA 2018.”
Mr. Gaurav Chakravarty, Head Marketing & Loyalty, Pantaloons said, “Pantaloons, India’s leading family fashion destination and one of the fastest growing fashion retailers in South India. We are excited to partner with the 7th edition of SIIMA, a platform that globally recognizes the talent and work produced by our South India Cinema. This partnership brings together the best of fashion and the best of the film fraternity on the same platform. We are confident that this association will help us develop a deeper connect with our consumers in South India.”
This festive season, Pantaloons will have ensembles that will style you for every occasion throughout the season – be it an office party, a movie with friends, family reunions or just a casual day shopping. Its offering ranges from maxi dresses to ghera skirts, fusion tops to asymmetrical kurtas, long length tees to fashionable denim, smart chinos to printed shirts and lots more.
In addition to Pantaloons as the title sponsor for the prestigious awards functions, Himalaya Herbals has continued as the co-Powered by sponsor for the 3rd consecutive year. Panasonic OLED has been roped in as the other co-Powered by sponsor. The organisers has also teamed up with premium PAN Asian video-on-demand service Viu who will stream the awards on its app.
Speaking on the association, Mr. Vishal Maheshwari, Country head – Viu India said, “As one of the most reputed awards, SIIMA has effectively contributed in placing South Indian movies on the global map. The quality of content showcased by the Southern markets is truly phenomenal. It is an absolute pleasure to be exclusively streaming the prestigious event on our platform. The association strongly stands as a testament to our brand ethos of delivering high quality content and providing an enriched experience for its Viuers.”
Along with Pantaloons SIIMA 2018 announcement, this year too SIIMA continues the legacy of Hosting Short Film Awards to promote young film-makers.
Over the last two years, more and more aspiring film-makers are taking to internet to show their talent and we have observed a trend of short film makers becoming highly successful film-makers. We at SIIMA would like to take this opportunity of tapping the right talent at the right time and provide them a platform where the world will recognize them.
Talking about SIIMA Short Film Awards, Ms. Adusumilli Brinda Prasad, Chairperson, SIIMA said, “SIIMA Short Film Awards is an initiative taken by SIIMA to bring out the talent of young film makers who are set to change the dynamics of film making with their fresh thoughts and techniques”.
The evolution of multiple streaming platforms is widening the market space for good filmmakers.

SIIMA Short Film Awards Process:
1. SIIMA curates short films made by young and aspiring film-makers in the four South Indian languages in the year 2017 and uploaded it on various social platforms on internet.
2. Based on the views and analyzing reactions of viewers, the nominees were be finalized.
3. Nominations in each category are put in front of Jury which will select the winner in each category. 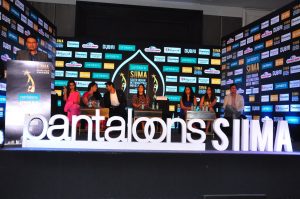 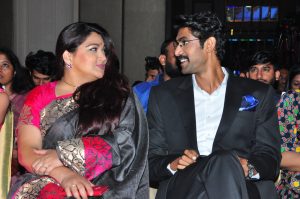 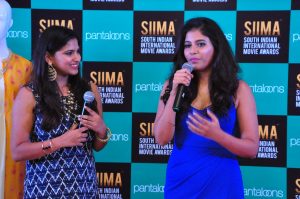 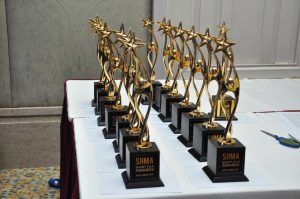 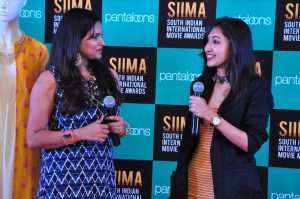 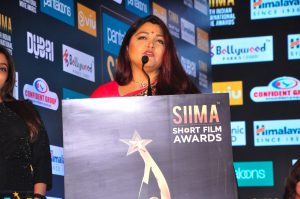 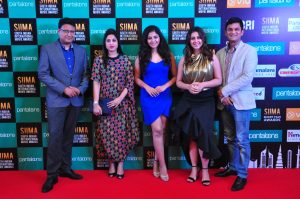 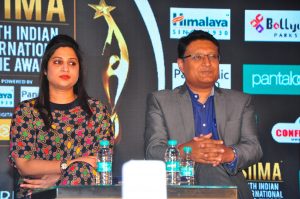 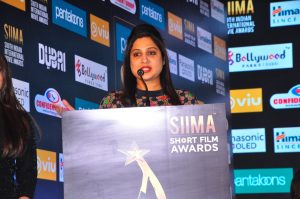 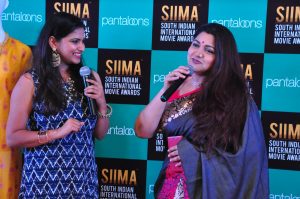 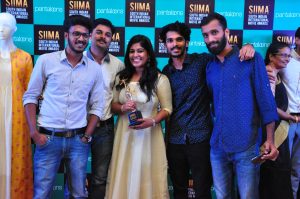 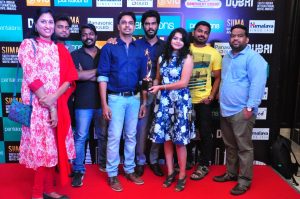 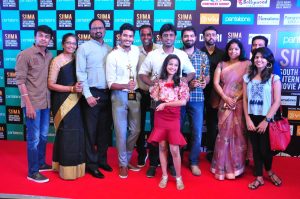 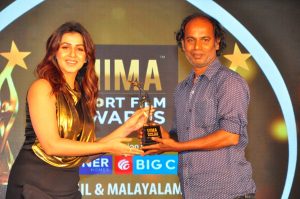 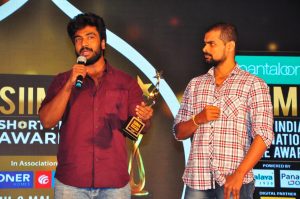 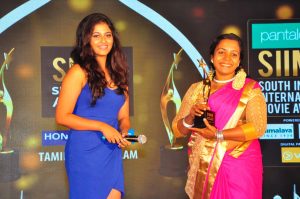 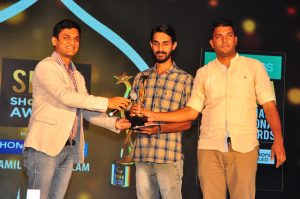 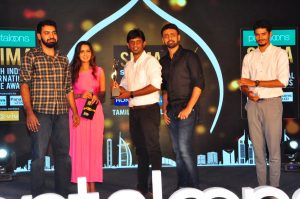 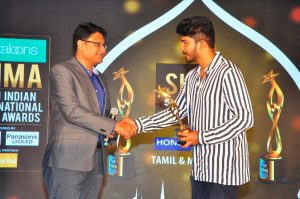 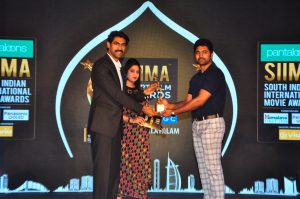 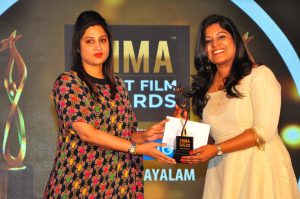