Trending
You are at:Home»News»Sony YAY! – Heroes Behind The Heroes Release
By Raja Senthilnathan on September 7, 2018 · News 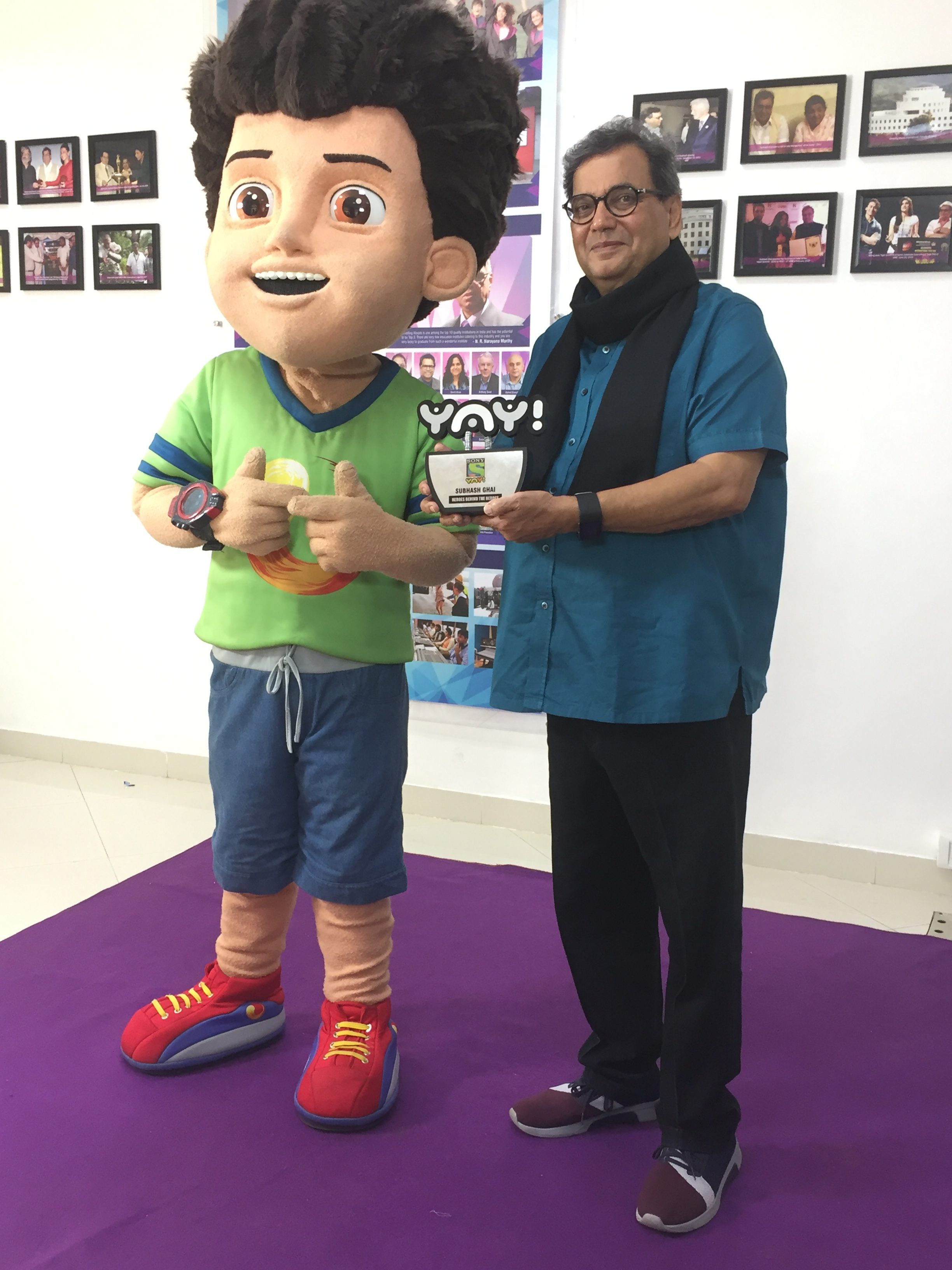 Being a teacher is an enormous challenge!It is more than just pens and textbooks. It takes patience, passion, resilience, a mammoth sense of commitment and definitely a lot of motivation! Our childhoods are made memorable by the remarkable contributions that our teachers make. Be it supporting us enthusiastically when we come up with a wild idea, or honing and developing our talent, teachers play multiple roles in our lives. We must embrace this as an even bigger job than just an educator — they are social workers, our friends, mentors, and surrogate parents. As a salute to all that they do in shaping lives, Sony YAY! brings season 2 of their flagship Teacher’s Day initiative, Heroes Behind the Heroes!

Building on the success of season one, this season of the acclaimed initiative will continue to celebrate distinguished names and champions who believed in our role models, putting in all their energies to train and coach them.

This year, the channel acknowledged Sania Mirza, a world renowned Indian tennis player and a former world No. 1 in the doubles discipline. She has also established a tennis academy in Hyderabad, providing world class tennis training to Indian tennis players and aspirants to meet a greater national responsibility towards the game and its players.

Ace choreographer Terence Lewis, who has choreographed various Bollywood films and musicals, stage shows, ads and music videos.Terence Lewis Professional Training Institute and the Terence Lewis Contemporary Dance Company, widely-acknowledged as the country’s most popular and reputed dance organizations are run by him and foster creative excellence in the talented, enthusiastic dancer, raising the standards of dance in India and beyond.

Kailash Satyarthi, a Nobel Peace Prize recipient and a member of a UNESCO body established with the goal of providing “Education for All”.

Season 2 grows from the success and positive response that Heroes Behind the Heroes Season 1 saw. Heroes Behind the Heroes 2017 saw our YAYtoons visiting renowned names like Anupam Kher, Shaheen Mistri and Shiamak Davar and cheering them for all their efforts. Apart from the above. Pandit Birju Maharaj and Mahavir Singh Phogat were felicitated too.

Behind many successful adults is a teacher that helped contribute and shape those students’ foundations for the future and thanking each one of them, everywhere is what Heroes Behind the Heroes stands for!

“Teachers form an important part of a child’s life and while we celebrate our teachers, recognizing and thanking the people who are key in helping our country grow is imperative too. The first season of ‘Heroes Behind the Heroes’ succeeded in imbibing pride and joy amongst teachers, and inspired children across. This time around, we have engaged actively with distinguished teachers to bring their stories on a first-hand basis. Being true to our philosophy, Sony YAY! will continue to drive inspiration for kids through the admirable contributions and stories of these eminent personalities across various fields. Sony YAY! takes this opportunity to salute the contributions of the heroes behind the heroes!”

“I must congratulate Sony YAY! and the entire team for this great initiative. This initiative is going to inspire many teachers and people who believe in the philosophy of equality education, people who believe that they should bring out the new India – NayiSoch, Naya Bharat. And this is one of the finest initiatives I think I can think of. I, again, congratulate all of you.“I would like to give a message to all the students – to look beyond the obvious. When you study anything or work on anything, try to go into details because God lies in details and around the obvious. The moment you are going to look around obvious, you will find something new in it and you will excel in the job”,

SaniaMirza, World-renowned Indian tennis player and a former world No. 1

“So honored to win this award, giving back through tennis is something that I could only dream of and I feel so blessed to make a small difference, so thank you Sony YAY! for the recognition,

“Thank you so much for this amazing award and honestly, there is always someone behind a hero, someone who trains. Thank you so much for acknowledging the “Heroes Behind The Heroes. There are many times when we recognize only the people who are in front, but the people who are behind their success who might be a teacher or a mentor or a parent isn’t recognized and it’s nice to sometimes felicitate them. It’s a very nice idea, simply because even behind me there are my teachers, I have learned a lot from them. It’s very important to recognize these people, so I’m really very happy that Sony YAY! andKickO have done this”

“The Old world culture especially in the field of Indian classical music is all about reverence and love towards the Guru and his contemporaries. Strict discipline, gracious manners and complete faith in blessings of the Guru and Parents are the timeless and priceless mantras. It is a must to support and encourage the young and talented musicians at every stage of their life. Let us hope our younger generation experience an overall education that encourages in them peace, tranquillity, success and togetherness in their life.”

Sony YAY! is the first kids offering from Sony Pictures Networks, India. Its vision is to be a part of kids’ everyday lives through various endeavours. A channel targeted at kids aged 2 – 14 years, Sony YAY! is here to set new standards and benchmarks in kids’ entertainment. The channel’s content is unique, fresh, and relatable and is produced in India. The channel, within one year, produced 6 original shows which include Guru Aur Bhole – a musical comedy, Sab Jholmaal Hai – a comedy with hilarious adventures of an odd team of pets, Paap-O-Meter- a unique laugh-out-loud ghost comedy and KickO and Super Speedo – a tale of a super-kid and his super gadget car who are out to save Sun City. Available in Hindi, Tamil, Telugu, Bengali and Malayalam. Sony YAY! is the first kids’ channel to be available in 5 languages. This year, the channel has entered into licensing and merchandising, making their endearing characters a part of kids’ lives wherever they are

Sony Pictures Networks India (SPN), is a subsidiary of Sony Corporation which owns and operates the Sony Entertainment network of television channels.

The network is recognized as an employer of choice within and outside the media industry. SPN is a recipient of several awards, including the ‘Aon Best Employers India’ Award in the 2017 edition in recognition of SPN’s unique workplace culture and exceptional people practices, consistently ranking amongst India’s Top 10 Companies with Best Health & Wellness Practices by SHRM & CGP Partners, listed by Working Mother & AVTAR as one of the 100 Best Companies for Women in India in 2017 and adjudged one of India’s Great Mid-Size Workplaces for its distribution business by the Great Place To Work® Institute in the 2017 edition. 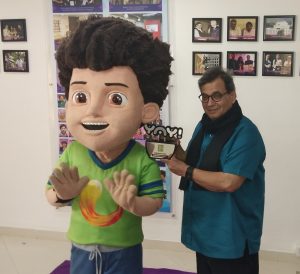 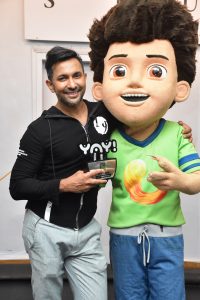 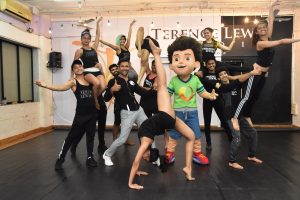 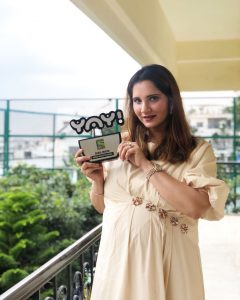