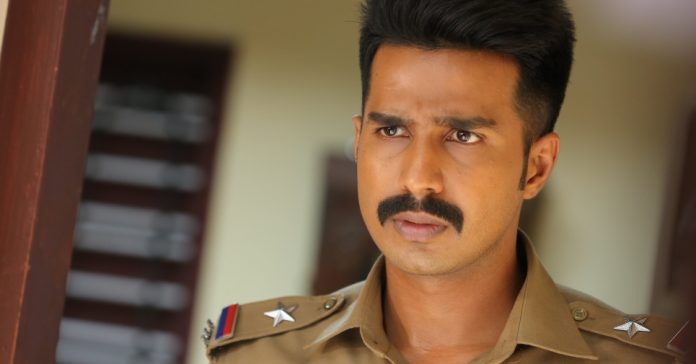 Beyond all tangible accolades of distinction, there happens to be a real delight out here in K-Town for any actor or technician. This is all about getting the acclaims from the Emperor himself and that’s Superstar Rajinikanth. The latest one to enjoy such a paradisiacal bliss is the entire team of happy wheels ‘Ratsasan’, which is basked in glory over its tremendous success. In addition, what has made them land on seventh heaven is the unconditional praises of Superstar Rajinikanth after he watched the film.
“When the only one superstar Rajinikanth surprises you with a phone call, you jump in joy. Some of the words he used to appreciate Ratsasan were “Fantastic, Fantastic, Fantastic. Nadippu Dhool Kelapitinga.. Police Uniform la semma fit. (You’ve done a tremendous performance and looked so fit in police uniform… Who’s the villain? His body language is superb. Your combination with director Ramkumar is really awesome,” says Vishnu Vishal.
Ratsasan which is running to packed houses in many centres is produced by G. Dilli Babu for Axess Film Factory in association with R. Sridhar of Skylark Entertainment and is directed by Ramkumar, which has gained a decorous reception among film critics and general audiences. The intriguing part of the film is that every actor and technician has found their prominence and praises uniformly.
Share. Twitter Facebook Google+ Pinterest LinkedIn Tumblr Email